1952 – SATMA started Etching in a workshop situated in the installations of Cegedur in Chambery.

1965 – Pechiney, a major conglomerate of aluminum based in France decided to acquire SATMA and to invest massively. At the same time, all the company’s activities were moved to Goncelin to new premises built by Pechiney (Click here to lear more) 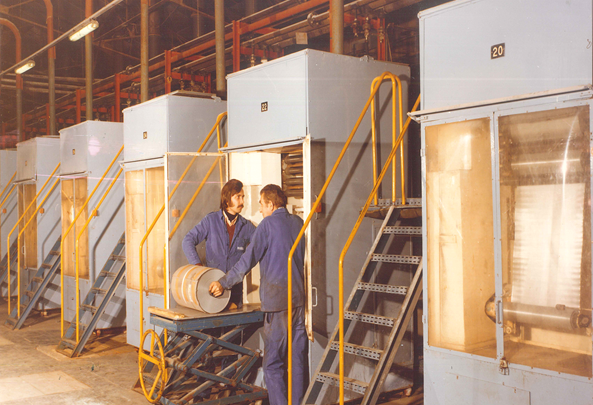 1988 – Launch of new Etching technology of « solid bases » for foil production of the H100 series.

2003 – The state owned company Pechiney was bought by the ALCAN group.

2007 – Satma was bought by the Italian group ALMECO.

2008 – Foundation of SATMA PPC (Premium Products for Capacitors) by an Italian group. SATMA PPC was now complely dedicated to the development, production and sales of anode foils for electrolytic capacitors.